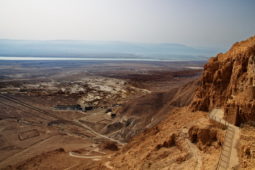 Dov Kontorer was born in Moscow in 1963. Before leaving for Israel (1988) he studied and taught Hebrew in the independent agencies of Jewish education in the USSR. Then he studied in the Hebrew University (Jerusalem) at the faculties of philosophy and biblical studies (1988 -1990) and in the Center for Advanced Judaic Studies and Leadership “Beit Morasha”(1993-1996).
In 1991-2018 he worked in Israeli media in Russian, most of the period as the political observer of the newspaper “Vesti”. The author of many publications on Jewish, Israeli and Middle Eastern history and history of Judaism in Hebrew media (“Yediot Ahronot”,” Makor Rishon”,” Eretz aheret”) and in Russian scientific magazines (“Russia XXI”, “The Eschatological Collection”, etc.) He also participated as a translator and a commentator in Russian editions of several classical works on Judaism.

The present lecture course is an expanded version of the series of materials on the history of Israel’s War of Independence published in spring of 2018 in connection with the 70th anniversary of the establishment of Israel.