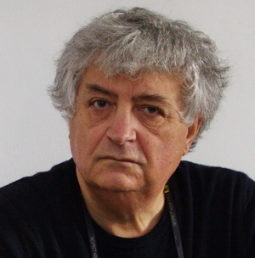 The lecture concentrates on Bolshevism’s religious and mythological aspects that may remain unknown to the wide audience. In particular, sources of Lenin’s cult are discussed. A breathtaking story is told of the actual builders of Lenin’s Mausoleum who were an outstanding building brigade of highly motivated young Communists who also happened to be Zionists and soon all emigrated to Palestine.  Michail Weisskopf speaks about the pseudonym “Stalin” that must have been taken from a popular melodramatic story by a secondary Russian Romantic novelist of the 1830s, and also of occurrences of such names as Lenin and Putin in mass literature of that epoch. Stalin’s  famous phrase “brothers and sisters” that he used in the beginning of WWII is closely analyzed:  whom did he  address by that phrase? Weisskopf traces the use of this formula in the Party’s jargon to   discover the true addressee of this pseudo-Christian formula.