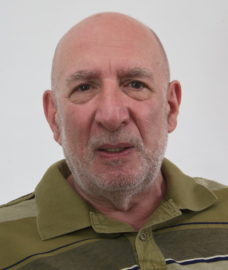 In this lecture Vladimir Khazan tells an unusual story of a Russian sailor who was exiled from Russia during the Civil War and found him­self in Palestine under the British Mandate. The main character is Gleb Boklevsky (1891-1942), a scion of a famous Russian family. Boklevsky did not convert to Judaism in the Holy Land but still took a new name of Arie Boevsky because it sounded Jewish. For twenty-two years captain Boevsky lived among the Jews remaining a Russian and Orthodox Chris­tian and making an extensive contribution to the military and industrial development of the future Jewish State. He helped train members of the Jewish self-defense (Haganah) his talent for organization and broad knowledge were used in schools where Boevsky served as an instructor (the Zevulun college, the Beitar school, the Jewish Marine School in Chivitaveccia). In addition, Boevsky had a literary gift — in his Israeli archive one finds many poems and stories of evident artistic value.